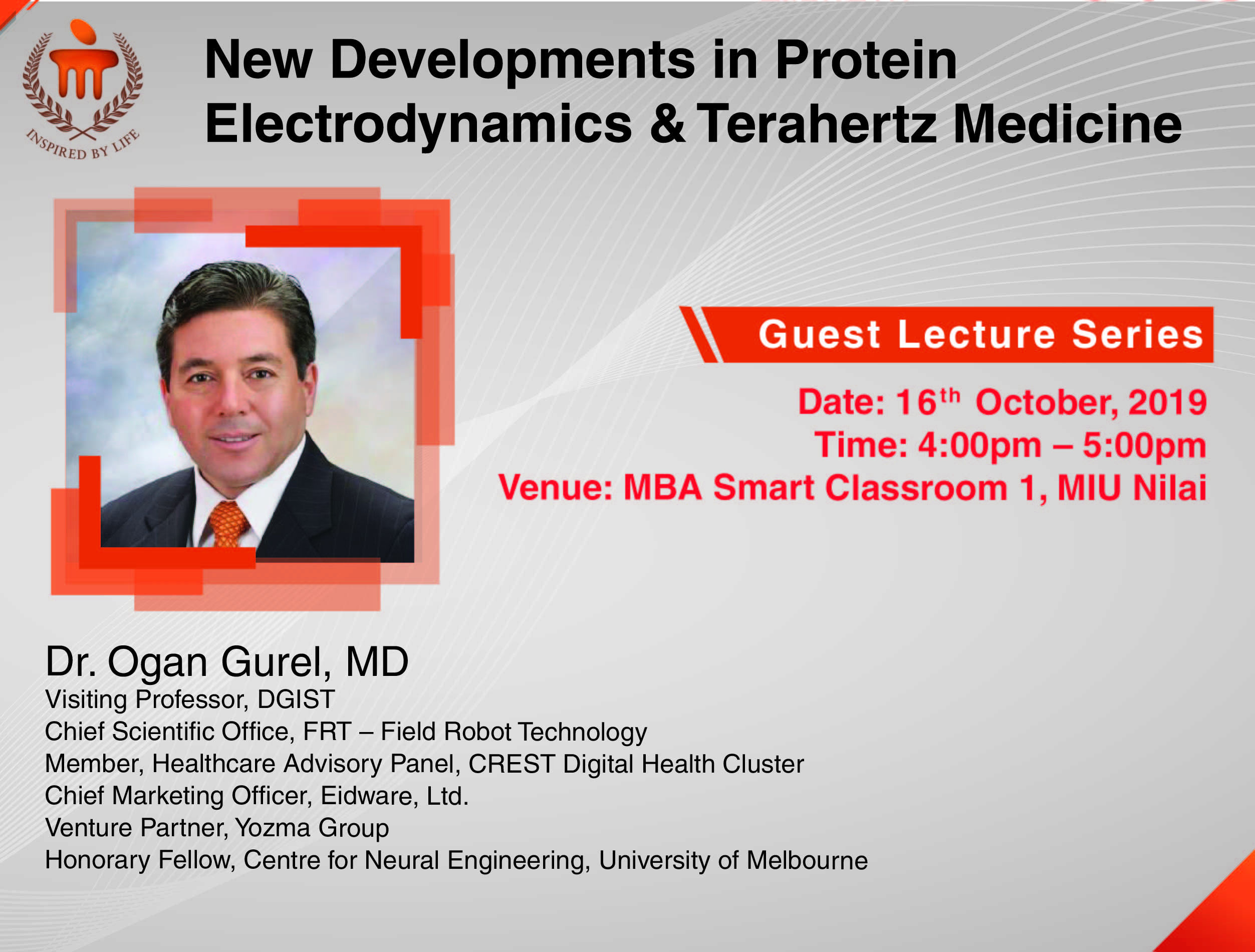 It is well known that proteins exhibit dynamic behavior with their normal modes specifically vibrating at terahertz frequencies. These motions are essential to protein function and because these macromolecules are charged the existence of such vibrations suggest the possibility of specific interaction with electromagnetic radiation in the terahertz band. Time-domain spectroscopic experiments were performed identifying specific absorption of terahertz radiation (~0.8THz and 1.3THz) by met-hemoglobin as well as potential interactions between high frequency and low frequency modes (e.g. Stokes shift). This proof-of-concept result suggests that these protein spectroscopic signatures can serve as the basis of a novel form of molecular medical imaging; likewise terahertz-modulated manipulation of such motions may underlie new forms of therapy. Other collaborative studies now underway, including THz imaging of Alzheimer’s and cancer as well as and 2D THz spectroscopy as applied to biomolecules, will also be discussed.

After six months of hard work and toil, we saw a smashing success with our fi

A school visit from SMJK Ayer Tawar, Perak on 22 June 2017.The students have

On 24 July 2017, Manipal International University for being a catalyst instit

A visit by The Deputy High Commissioner (Mr.Nikhlesh Giri) for India in Malay