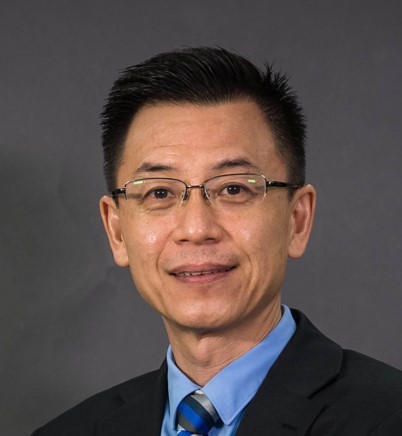 Dr Edwin Chung graduated from Monash University (Clayton) with a Bachelor of Science majoring in Computer Science, a Bachelor of Engineering with first-class honours majoring in Electrical & Computer Systems Engineering and a PhD in Engineering. He started his career in the semiconductor industry and has experience in both the design and the manufacturing sector of the industry. He has worked as an individual contributor as well as a project/team leader for various projects. He has also worked on various product design such as a 3G baseband processor while with NEC Australia, a 32-bit microRISC controller core while he was with Motorola in Adelaide to a firmware for a keyboard scanner for Atmel at San Jose, California, USA. Edwin returned to the academic world in late 2008 and had been teaching and supervising students at both the undergraduate and postgraduate level. Edwin’s research interest is in asynchronous circuits. More specifically it is in the area of deterministic completion detection technique in asynchronous circuits. Though so, he has also supervised and co-supervised masters and PhD students in areas such as control, thermal and service innovation. Prior to joining Manipal International University, Edwin was the Director for Knowledge Transfer and Commercialisation at Taylor’s University and the General Manager for Taylor’s Consultancy Sdn Bhd.