Human vs the Coronavirus: Who is the real survival of the fittest?

In the war between human vs coronavirus, “It is not the strongest of the species that survives, nor the most intelligent that survives. It is the one that is the most adaptable to change”.

The human evolution on the surface of the Earth is the most decorated masterpiece that we had witnessed till-to-date. From the hunter-gatherers' society, we reached a mammoth height in science and technology, dispatching rockets and probes to Mars and other distant planets were among the greatest feats we had achieved. Thanks to natural selection, a process that enabled the Homo sapiens to adapt to constantly evolving nature for the past 200,000 years and eventually emerged as the most dominant and intelligent species on the Earth; then comes the Coronavirus.

There need no detailed introductions for the ongoing Covid-19 pandemic, however, the emergence of new variants such as Delta, Gamma and Lambda is now beginning to threaten the civilization that we built together in the past. Vaccines that were once tested successfully against this virus are, conversely, showing less efficiency against its mutated variants. Furthermore, the emergence of the new coronavirus variants is not showing any sign of slowing down. The B.1.621 for instance, the newest variant reported, yet to receive its fancy Greek name, had caused seven deaths in fully vaccinated residents in Belgium. This variant originated from Colombia has now been reported in as many as 28 countries.

Despite this, the worst is yet to come as there would be more new variants are anticipated to make their grand marching sooner rather than later. Thus, why are there emergence of so many coronavirus variants in a spell of a very short period and had nature decided to favour the much resilient virus rather than the human for the most ‘survival of the fittest’?

Essentially, the natural selection process act in such a way that it enables organisms with genes better suited to the environment to survive and pass them to the next generation. Thus, as much as any living creatures that exist today, viruses (virus is a non-living organism) are also subjected to the natural selections, led to mutations, and finally can emerge as a new variant. Therefore, the question is not on why the coronavirus is mutating to new variants but rather why are they mutating extremely fast?

Before we jump deeper into the heart of the topic, few points that we must take note of:

To understand why coronavirus is mutating extremely fast, we must first look into how viruses reproduce in nature. As virus is a non-living organism that requires a host (bacteria, plant, animal, human) to multiply, it does not technically ‘invade’ the host during the infection. It rather inserts its genomic materials and proteins (enzymes) and hijacks the host cellular machinery to make multiple copies of itself (Figure I shows an example of flu virus infection in the human epithelial cell). 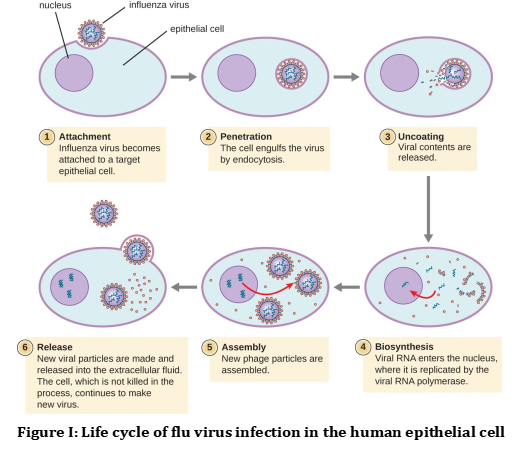 If we can imagine the processes that occur during the Apple’s iPhone assembly, the phone has multiple components and to name a few, circuit board, camera, battery, antenna, microphone, speaker, LCD screen, etc. These components are made separately and brought into the assembling facility to be put together as a unit. As someone oversees the phone’s LCD screen productions, it starts with injecting the raw materials into the machine’s mould, the machine making the LCD screens, the edge of the screens are then trimmed and the final inspection by the quality control (QC) before being sent to the assembly area. Likewise, hundreds of other parts also must go through the same stringent procedure before they were finally constructed into a single unit of iPhone. Every component meeting the right specifications and functions properly are the key for the overall iPhone’s performance which is ensured by the QC department.

A similar mechanism is seen during the synthesis of new virus copies in the host cells during the infections. While the instructions to synthesis multiple virus parts come from the virus genome, the assemblage of each part is regulated by the proteins that act as QC. What if these regulatory proteins (QC) are prone to mistakes?

The genome of most viruses is made up of DNA strands. DNA viruses usually possess an enzyme called the DNA polymerase and one of its important roles as the proofreader is to fix any errors during the DNA replication (when the virus is replicating). It is like using the autocorrect functions while typing sentences on your phone keyboard. You seldom make embarrassing spelling mistakes.

The coronavirus is unlike others, its genome is made of an RNA strand (Figure II). Instead of possessing the DNA polymerase, it owns RNA polymerase for genome duplication. The RNA polymerase is, however, lacks proofreading skills. It is like removing the autocorrect functions; hence, the virus is more prone to make errors during replications and led to mutations, which is up to a million times greater than the DNA viruses. 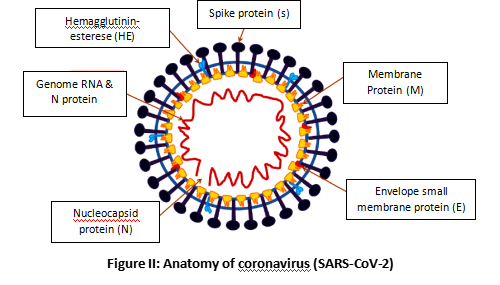 The greater sense of relief is that not all mutations in the RNA virus will be favourable for its survival. But, if the virus survives the mutation and over time if more mutations accumulated (fixed), the virus can eventually turn very potent. In another word, the more a virus spreads, the more opportunities it has to accumulate mutations, and the more the virus will evolve (become a new variant).

From the data gathered since December 2019, scientists hypothesized approximately one mutation becomes established in our population every 11 days. With the coronavirus being very unpredictable, the solution to stop them from evolving to a new variant is to break its infection chain via moment control orders and strictly follow the Covid-19 SOPs. Stay safe everyone!

For more updates, you may follow his blog: https://pratheeps.wixsite.com/pratheepsandrasaig-1

How I kept myself entertained during the covid 19 pandemic

On 3rd August 2016, Wednesday, School of Management & Business of Manipal

International Conference on " Contemporary Issues in Commerce, Management &am

If you have missed the International Cultural Night 2016, here are the exclus